He previously served as one of the three international judges at the Constitutional Court of Bosnia and Herzegovina from 1997 to 2002, appointed by the President of the European Court of Human Rights.

From 1998 to 2002 and from 2006 to 2007 he was a member of the Council of Europe's Advisory Committee of the Council of Ministers, established under the Framework Convention for the Protection of National Minorities and is director of the Institute for Minority Rights at the European Academy Bozen/South Tyrol.

Since July 2016 he works for the Special Advisor to the UN's Secretary General Espen Eide as legal advisor in the Cyprus re-unification negotiations. 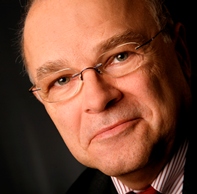 Further publications can be found in the University of Graz Forschungsportal